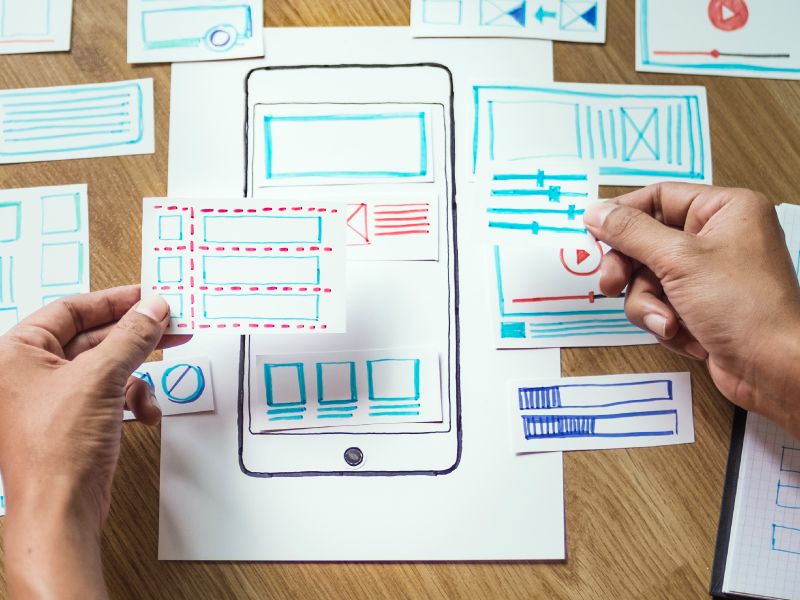 The Relationship Between UI and UX

With time, and with the development of technology in recent years, more and more people are diving into the sea of design.

With time, and with the development of technology in recent years, more and more people are diving into the sea of design. While it goes without saying that User Interface and User Experience are distinct in their meaning, it is important to understand what brings them together and how they are related. But first, let’s get an in-depth view of their nuances. **User Experience Design** With the core aim to improve the experience of the user with the product, UX Design is the process of researching and developing all aspects of user interaction. Disciplines as diverse as visual design, structure, layout, usability, productivity, and navigation being the core elements, it encompasses any and all interactions that a potential or active user might have with the brand. **User Interface Design** If you have ever seen a website for the first time and were awestruck by its visual appeal, first hand, the UI designer is to be thanked. The core idea behind UI design is to ensure that the users have a pleasant experience while using the product. Not only do the designers need to have a good sense of aesthetics and sound technical skills but they also have the ability to create sound and compelling interface for the user. Something strong enough to elicit an emotional response. As a UI UX designer, there are several factors that can draw the two components together.

**UI vs UX** By the apparent meaning of it, a UX Designer’s job is to decide and implement the working of a user interface, and the UI Designer’s job or the UI part of the designer’s job is to work on the looks and the feels of the interface. The work being stringently collaborative, it becomes imperative that the design teams work closely together. While the team concerned with UX is working out the flow of the website or the application, how all of the buttons navigate the user through the tasks, and how efficiently the interface serves up the information users need, the UI team needs to be working on how all of the elements on the interface will appear on the screen. Suppose that at some point in time, during the design process, it is decided that more buttons are needed on a screen. This will not only change how the buttons will need to be organized but also how they might require changing their shape or size. The UX team, at this point, would have to determine the best way to design the layout of the buttons while the UI team adapts its design according to the new layout. It is important that there be thorough communication and collaboration between UI and UX designers so as to ensure that the final user interface looks as good as it can, while also operating efficiently and intuitively. For all practical purposes, the role of a designer is complex as UI UX is a summation of design, marketing, and management. Eventually, the goal is to connect business aims to user’s needs through a process of debugging and refinement toward that which complements both sides of the relationship. As UX starts to become more and more of a household term—at a corporate level, lest—it is quite common to see people get confused between UI and UX or use them interchangeably. While the field of user experience design without a doubt will continue to grow, it is important to understand the role of each profession on the broader grounds of man-centered design.