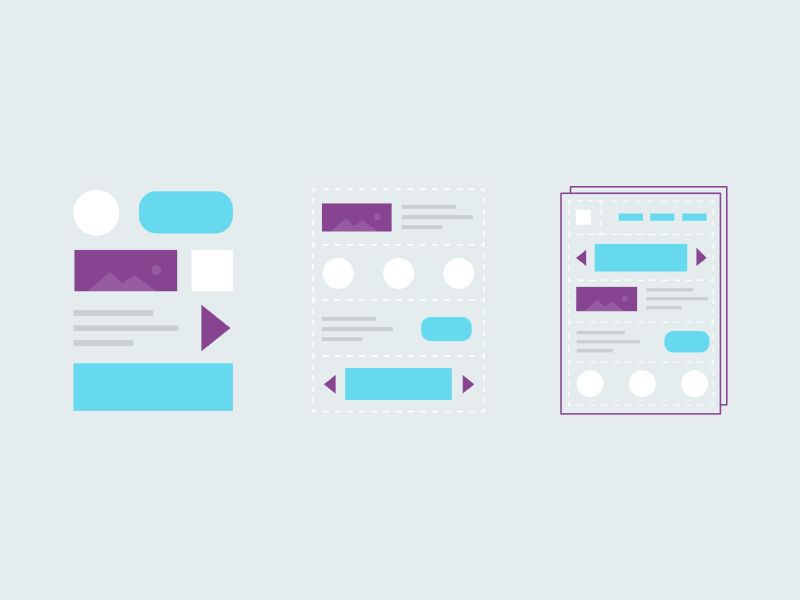 Atomic Web Design: All You Need To Know

Web designers use a plethora of philosophies, approaches, and techniques to develop and create engaging and compelling

Web designers use a plethora of philosophies, approaches, and techniques to develop and create engaging and compelling digital interfaces. Each and every designer have their very own preferences, many may like to build their product down to the last detail, working from the top to bottom, starting with the most basic elements.  This approach is extremely common, and typically results in a well-thought-out and high-quality digital product.

There are however some designers who like to go for a bottom-up approach. These designers begin with the smallest elements and gradually move their way up to the large-picture design, going from simple to complex. This process is also referred to as atomic web design.

The term ‘Atomic Design’ wad coined by Brad Frost, and it basically is a designing methodology that is inspired by chemistry.  All matter is made out of atoms, which combine to form molecules in order to make complex organisms. Similarly, Atomic Design involves breaking down a website layout into its key basic components, subsequently working up from there in order to ultimately build a website.

The Atomic Design Systems methodology takes into account all the important details that go into creating and maintaining a robust design system, while providing quite a coherent method of explaining itself with the usage of chemistry.  Here are some of the important aspects of this web design methodology:

Atomic web design is considered to be one of the most efficient and popular design system practice, especially in the contemporary sphere of rapid growth and increasing need for holistic products. The Atomic design system allows teams to build superior quality of products in a swift fashion, which can be orderly understood by the users as their language would be consistent across all touch points.