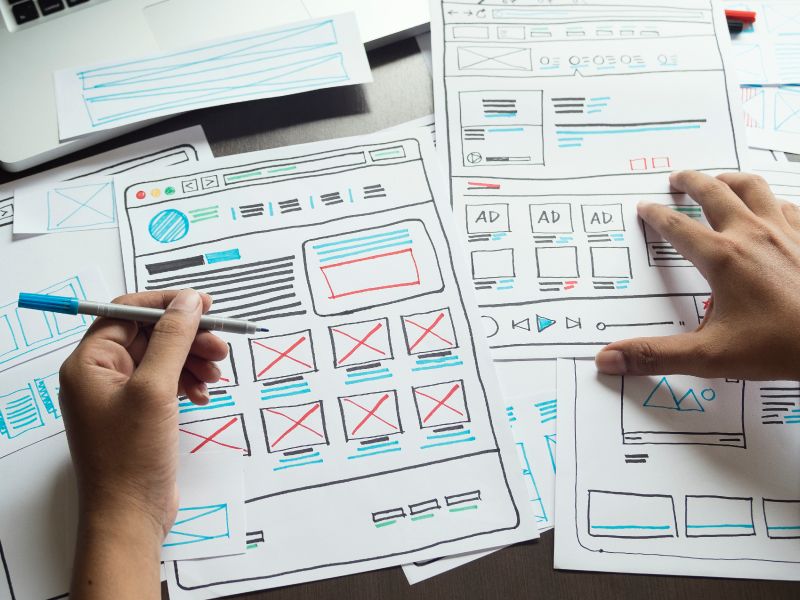 Design is an expansive term. There are a variety of design-related roles present in various spheres of the industry, ranging from print (publications like magazines) and industrial design

Design is an expansive term. There are a variety of design-related roles present in various spheres of the industry, ranging from print (publications like magazines) and industrial design (furniture, cars) to tech (mobile apps and websites). With the recent influx witnessed in the number of tech companies focusing on developing interfaces for screens, a variety of new design roles have emerged in this domain, UI and UX designers being two of the most crucial ones.

While UI design refers to User Interface Design, UX Design stands for User Experience Design. Both of these elements are crucial to developing a web product. Matthew Cogswell, a senior UX/UI designer, and art director at a Los Angeles based advertising and marketing agency mentions that people can think of UX as the way a car drives, protects you in an accident and shifts gears, while UI can be thought to be more like the design and color of the vehicle. Even though the spheres of UI and UX are closely linked, the job description of the professionals working in these domains differs to a good extent.

UX designers are largely concerned with how a particular product feels. In many cases, a design problem tends to have no single right answers. UX designers are professionals who use a variety of methods and approaches to solve a particular user problem. The broad responsibility of UX designers involves ensuring whether a product flows logically from one step to another.

In many cases, these professionals can do so by conducting various in-person user tests to observe their behavior, preferences, and tastes. They typically try to identify both non-verbal and verbal stumbling blocks, and take actions towards refining and iterating them to create the best possible user experience. The tools of the trade of UX designers include InVision, Illustrator, Fireworks, and Photoshop. They commonly work in sitemaps, storyboards, and Wireframes of screens.

The UI designers are more concerned about how a certain product is laid out, unlike the UX designers who deal with the overall feel of the product. These professionals are typically responsible for designing every page or screen with which a user has to interact. They try to make sure that the UI of a screen efficiently communicates the path that has been laid out by the UX designer. For example, a UI designer may create an analytics dashboard with the most vital content on the top, or decide if a control knob or a slider makes the maximum intuitive sense to adjust a graph. These professionals typically are also responsible for creating a certain cohesive style guide, while making sure than a consistent design language is applied across the product.

The aspects of defining behavior like how to display warning or error on the screen, or maintaining consistency in the visual elements, ideally fall under the purview of a UI designer. Much like the UX Designers, the tools of the trade of such professionals include Fireworks, Photoshop, Illustrator and Sketch.

The job of professionals specializing in UI and UX is linked extremely closely. Some professionals work in both of these domains, such as Devin Harold, who is a UX Architect/UI designer at iCiDIGITAL, Chicago. Harold mentions that some days he spends time to wireframe a system fully, while on other days he works on bringing the system to life with an attractive color palette, an amount of interaction, as well as a sense of depth. He underlines that UX designers need to know how to orderly analyze, facilitate and execute data and research, while UI designers need to have good knowledge about branding, typography, and palettes to give interfaces its distinct identity.